The Black Guillemot was still in Sovereign Harbour at Eastbourne today though it did take Matt Eade to point it out, much nearer the gates than I was expecting! There was also a Glaucous Gull on the sea that flew in for a while before going back out of the harbour. 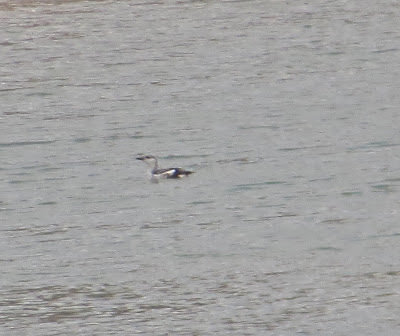 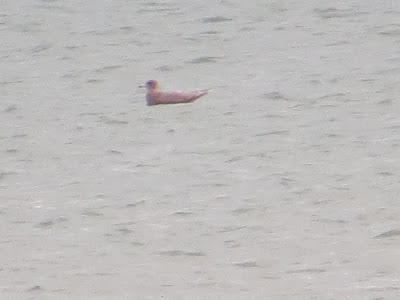 Poor weather along the coast persuaded me to go inland to Staines reservoir for the American Horned Lark as I believe it is now confirmed as being. Never the most scenic of venues the whole experience was a bit underwhelming but half-decent scope views were had of the bird on the west bank of the northern basin. A Black-necked Grebe was on the southern basin. 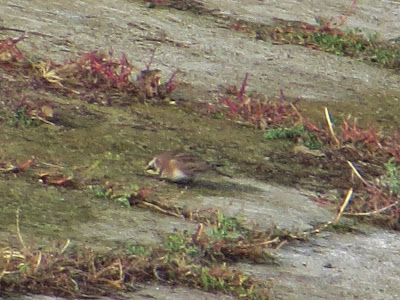 The Black-necked Grebe finally showed on Ternery Pool at Rye on Friday; initially not present it flew in and settled in front, well, in front but far away (!), of the eastern hide. 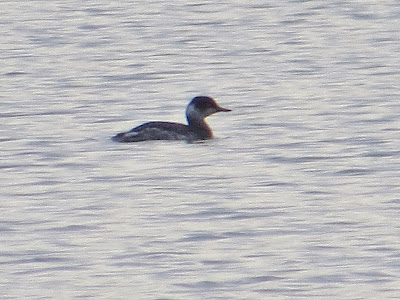 A Purple Sandpiper at Selsey Bill was a Bill, Peninsula and Sussex year tick all in one: 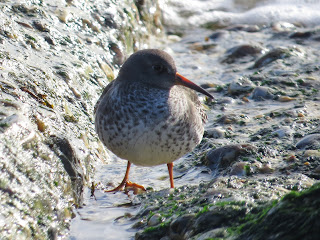